The extraordinary session of the Heads of States and governments of the African Union on security and maritime safety and development in Africa took place from October 12-15 in Lome. Majority of the African leaders present in the Togolese capital, approved of the thematic areas of the Lome Charter project.

This Extraordinary Session, which objective was to adopt a statement that would reinforce inter-state partnership in the area of the fight against maritime crime, was commemorated by the participation of a number of Heads of States.

The Lome Charter on Security and Maritime Safety and Development in Africais no more a project but a legal document that has been finally adopted and signed by several Heads of States and governements. It is an instrument that reinforces the cooperation for the coordination of efforts of African coastal and landlocked states in the fight against maritime insecurity. The Charter got the accent of the Committee of Permanent Representatives (COREP) of the African Union, and that of the Executive Committee of the institution on October 11.

‘We need not under any circumstance abandon our maritime space to terrorists, bandits and other criminal traffickers who use this space for predating and insecurity. For this, the response to these multiple threats seems to us the adoption of the Charter on Security and Maritime Safety and Development’, the AU President Idris Deby Itno indicated at the beginning.

According to Macky Sall, this Charter was agreed for the fight against illegal fishing, fight against illegal maritime pirating and also against pollution of the oceans and seas. ‘It was signed by all the countries present at the Summit. In effect, we wish countries without seas would also consider their benefits in this fight’ Macky Sall confided.

A charter that would give birth to particulars aspects of contracts

‘The attainment of the long and laborious process that led to the adoption of the Lome Charter is just a first step in the new implementation stage. Our common will to equip ourselves with this precious legal document must translate into our determination to make it operational through ratification. In this regard, I am inviting you to make the putting into force of this Charter a deliberate objective’, he stated.

For his part, President of Guinea, Alpha Conde said the signing of the Lome Charter would permit African States to better control their seas. ‘We are happy that Togo, African Union and the United Nations have taken the initiative for us to have a Charter today that would give us control over our seas. We hope that all the African countries would quickly sign and put it into action so we can best promote the control of the waters,’ he intimated.

African Union President, Idriss Deby Itno said the immense natural resources and economic potential that the maritime zone of Africa possesses, constitute a essential springboard for the development of a blue economy in all dimensions.

‘This vital space for us and the world tends to become  place of predilection of criminal activities of all sorts, in particular, piracy, armed robbery, human trafficking, drugs, arms, illegal fishing, in addition to dumping of toxic and hydrocarbon waste,’ the Chadian President remarked.

The Lome Charter is a binding document that would help African countries lead the fight against maritime insecurity, to reclaim the words of Fregate Captain Cyrille Atonfack, something the Togolese President reminded his colleagues by declaring that, ‘the Lome Charter establishes the foundation of principal obligations of the States, whilst reaffirming the effects of regional and international billateral treaties and accords.’

Having been severally amended, especially in the area of development, the Lome Charter would later receive more addenda in the coming months in view of the determination to have  adequate development policies from different member states of the African Union. The Commission was mandated to take measures to convene extraordinary sessions of pertinent Specialist Technical Committees (CTS) who were not associated with the elaboration process of the Charter sot hey can examine the questions annex, to the Conference of Heads of States and Government, for testing in July 2017.

Once adopted, these annexes become an integral part of the Charter. 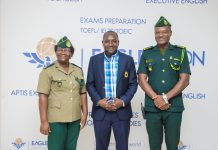 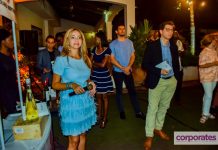 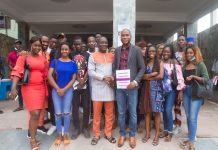